We’ve been very focused on debtor management this week which is unfortunate because it’s meant we’ve had to delay our two surveys on pilot shortages and where you think we should improve our performance.  Generally this problem occurs at this time of year as we have big invoices to pay post conference and if the conference income doesn’t come in on time then we have to divert resources away from our primary mission.

So we’re looking at some major fixes to this problem including potentially selling problem debt to a debt collector.  It really turns on how we use our tight resources efficiently. Every hour we spend on debt management means we do less work for those who pay up on time.  Around 90% of you pay your subs on time and we spend around 300 hours chasing the last 10%.

Membership of AIA, if you use your GSB card, is effectively free for all but the very large companies.  No other aviation group can meet this proposition as it’s the strength in numbers of AIA that lets us purchase the group membership.

So for you, your businesses employees and families it’s a win win. It places AIA members at a competitive advantage because it can deliver massive savings particularly if you're looking to renew vehicles and the like – new and used.  If you don’t have a card or require multiple cards contact “the boots” and we’ll make the necessary arrangements.

We’re also introducing an additional fuel card click here.  This is made available via PPL one of our major supporters. Plus of course as members there’s access to Metservice (commercial GA) and Forex preferential purchasing.

Sarah will be continuing to focus on debt management as "the boots" returns to completion of the survey and meetings with NZAAA and NZHA. 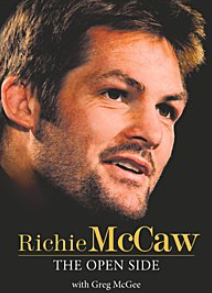 FlightCell – winners of our Go fuel card draw.  For someone who claims he never wins anything this is one of our real growth success companies and a major champion and supporter of the industry.  Go to http://www.flightcell.com/

Airwaves, produced by The Aviation Trader in Australia, will carry an overview of the replica/restoration industry in New Zealand in its next issue.  Many of the companies in New Zealand and the projects they have recently completed/are working on, will be covered. We have a monthly column in Airwaves – it’s a good way of getting stories about the industry ‘out there’.

We’ve undertaken some targeted ‘story telling’ this week to some prospects in Indonesia.  Interestingly, one prospect came from work previously undertaken in India – the Indian company now has significant project work in Indonesia and is keen to learn more about New Zealand capabilities in its own right.  It’s a good opportunity for us to explain the benefits of working with New Zealand companies.  We are also working with two other Indonesian prospects – one is a development agency with major aviation expansion plans and knows virtually nothing of New Zealand aviation capabilities.  We hope to be arranging New Zealand visit programmes for them shortly.

A few companies asked us this week for some key pointers they can use when talking about the New Zealand industry.  We have a standard presentation that companies are welcome to draw on.  This is updated regularly.  The latest version is here

We met people from the Philippines during the week.  They talked about the changing airline environment – Philippine Airlines and Cebu Pacific expanding internationally, PAL Express becoming a full service carrier, Air Asia Philippines buying 49% of Zest; and the terminal expansions, which have been promised for some time, seem to be gathering momentum.  There are issues still with the calibre of pilot training and the calibre of local flight training schools.  We’ll be getting more info shortly.

China Update.  We attended a China seminar at NZTE on Monday.  This reported back on work completed recently by IPSOS.  They looked at the broad China aviation market (except training which was researched by JLJ a couple of years ago).  Along with a few companies, we had briefed IPSOS as the research developed.  We strongly support the report’s recommendations on focusing on some regions of China – this depends on interest by different sectors of the aviation industry but we may end up focusing on the greater Beijing area and a couple of provincial areas.  This focus will be developed further shortly.  The research also commented on the importance of relationships in the value chain – Government to Government, Regulator to Regulator, Industry Association to Industry Association, and Company to Company.  All need to be working together.  More on this soon too.

The American Association of Airport Executives (AAAE) is holding its next international conference in Wellington, from 10 to 12 February 2014.  Attendees from the South Pacific, Australia, China, India and Indonesia are expected.  We’re part of a small team with AAAE which is putting together the agenda.  Still early days but topics will include Airport/Airline regulatory relationships, Aviation Security, Aviation and the environment, ways for airports to raise non aeronautical revenue and new aviation technologies.  The agenda and associated trade event will provide opportunities to showcase New Zealand capabilities.  We expect a good number of potential customers of New Zealand aviation products and services to attend.

LIB 4 – with CAA’s agreement we are releasing their legal opinion to you on this matter click here.  What it’s highlighting is the problem of fiddling with rules without proper analysis as to consequence.  It’s quite clear if this interpretation were to be applied some activities of an aerial work nature would be totally prohibited and others would have to spend a significant amount of money getting certificated for work they have been doing for ever without incident or accident. Of course the LIB is only one party's interpretation and naturally we have a different interpretation but there’s no doubt that the words changed in 2004 and were described as a “minor” inconsequential change. As we’ve progressed discussions both CAA and ourselves have been alerted to the potential magnitude of the change that accepting CAA’s preferred interpretation would cause.


Medical Certification – CAA have established a consultation group and this is the beginning of understanding how to develop and optimize efficiency (thus reducing costs) of medical certification. click here


Airspace and Air navigation plan  - we’ve got the first rough draft of this but rather than circulating it now, I’ve advised CAA that there needs to be some context around all of this and V2 when it comes out is the ideal time to circulate.  The plan’s over 100 pages long so be prepared for some major reading.


Civil Aviation Act overhaul – please send any views you have either into the Office or directly to CAA.  We’ll be coming out to you shortly talking about some of the changes we think are appropriate.


Government Agency relationship - informal conversations with Education New Zealand.  They are certainly interested in working with our trainers internationally; it is worth remaining in contact with them.  They will be involved in the new Training and Development Division when it is up and running.


Lessons from Britain?  Industry and Government have each committed £3 million over three years to help recruit 500 talented people who want to build careers in aerospace, but need financial backing to study at Masters level. It has also been confirmed that the Aerospace Technology Institute (ATI) will be based at Cranfield Technology Park in the East of England and be operational from December.  It will set the strategy for the ATI-funded research and technology programmes being carried out across the country by industrial and academic partners. These programmes will be jointly funded with £2 billion over seven years from Government and industry. More

Travel Careers & Training classrooms available AKL Airport (opposite the IBIS – 10 minute walk to Domestic Terminal). Available on a causal or long-term basis. Also available in AKL CBD. Contact Guy Domett on 07 853-0294. John Sinclair says this is the best deal on offer in auckland!!!!

GSB Trade Card click here - if you are a member and you haven't got your card let us know. The savings more than offset membership costs.
OTHER AIA members deals